We Pay Shipping on USA orders $70+

Enter your email to receive a $5.00 OFF coupon immediately:

An Item Was Added To Cart!
X

Surprised to read that Ernest Hemingway’s favorite drink was a daiquiri?

Maybe you even thought, “No way Hemingway drank daiquiris. That’s absurd!” That’s likely because, if you were like me, when you hear the word “daiquiri” thoughts of dainty, blended strawberry or banana alcohol slushy‘s come to mind. And... "that just couldn't be the drink favored by Papa, a man known worldwide, not only for his adventures but also for raw masculinity and manliness."

Well, keep reading as we'll not only provide you with a few delicious recipes but we'll share a brief history.

Our Version: The Hemingway Daiquiri (as seen in video above)

Shake well with ice. Serve in a large chilled goblet. 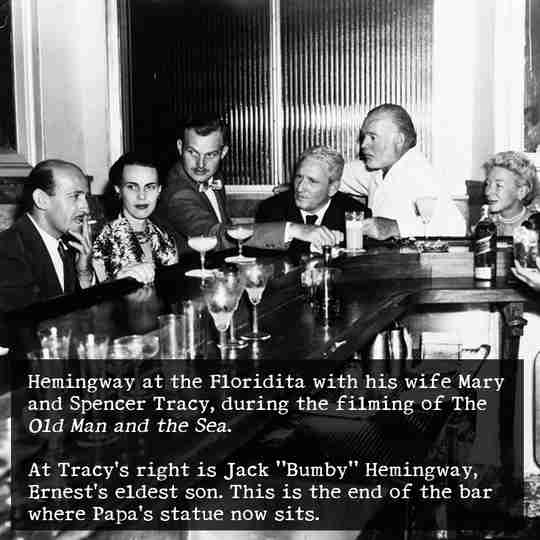 Most cocktail historians claim that the Daiquiri was invented around 1900 by an American engineer named Jennings Cox, in the southeastern Cuban town of Daiquiri.

It was some time later that the "King of the Daiquiri" perfected it. From To Have and Have Another - A Hemingway Coctail Companion, by Philip Greene [link]:

"Well, let's leave aside how the Daiquiri was invented and focus on the man who perfected it, none other than Constantino Ribalaigua, bartender and owner of Havana's La Florida Bar, affectionately know to locals as the Floridita. That's where Hemingway comes in. Often.

Hemingway began frequenting the Floridita in 1932, during visits to Havana from his home in Key West. He would stay at the nearby Ambos Mundos Hotel (where he is said to have written parts of Green Hills of Africa, "The Short Happy Life of Francis Macomber," and For Whom the Bell Tolls). He would visit the Floridita in the late afternoon, after mornings spent writing and afternoons fishing the Gulf Stream. He became such a regular that the 1937 edition of the Floridita's cocktail manual named a Daiquiri after him. Well, sort of. It was christened the "E. Henmiway" Special. The typo wasn't the only mistake; note the loss in translation that occurs when limes become lemons. You see, in Cuba, a lime is a limon verde, that is, a green lemon. The translator forgot the verde, and a great many defective Daiquiri recipes were launched.

The "E. Henmiway" Special evolved over the next decade, and not just to correct the spelling. By 1947 it doubled in size, got more grapefruit juice, and became the Papa Doble (as in double)."

Well, there you have it.

I hope you've enjoyed this article and maybe learned a little something from it.

Whichever Hemingway Daiquiri recipe you choose to try, you'll likely be a fan.

Remember to Live Life to the Fullest.

Until next time... Enjoy.

P.S. Did you know our Signature Hemingway Fragrance was partly inspired by the Hemingway Daiquiri ingredients? Yes, indeed. Namely the grapefruit. Read more about it here. 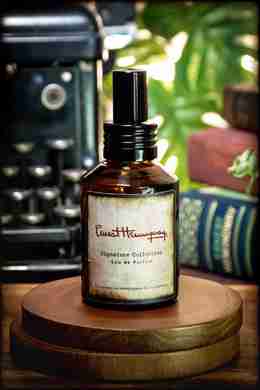